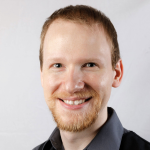 As an award-winning podcaster, Daniel J. Lewis gives you the guts and teaches you the tools to launch and improve your own podcasts for sharing your passions and finding success. Daniel creates resources for podcasters, such as the SEO for Podcasters and Zoom H6 for Podcasters courses, the Social Subscribe & Follow Icons plugin for WordPress, the My Podcast Reviews global-review aggregator, and the Podcasters' Society membership for podcasters. As a recognized authority and influencer in the podcasting industry, Daniel speaks on podcasting and hosts his own podcast about how to podcast. Daniel's other podcasts, a clean-comedy podcast, and the #1 unofficial podcast for ABC's hit drama Once Upon a Time, have also been nominated for multiple awards. Daniel and his son live near Cincinnati.
Subscribe
Login

Remembering that I like to listen to speech podcasts at x2. That’s awesome!

Me, too! Right now, I hook up my iPad to my mixer just so I can play podcasts on it at double speed until iTunes gains that ability.

My main issue with the former version was that it was so slow in my iPhone 4 that it made it simply impossible to use, frozen screens et al. When I saw there was a “significant improvement in performance”, I went for it, but I found only a mild improvement. I still think I’ll keep using the regular Music app to listen to podcasts, unfortunately.

Me, too. I was so excited about this update, and it fixed a lot on my iPad, but it still has many disappointments—like syncing still isn’t quite right.

As much as I’m happy Apple is fixing this relatively quickly, I’ll be sticking with InstaCast for the time being. The Podcasts app is missing one or two features I tend to use a lot (such as downloading files larger the 50 megs over 3G).

It has that limit still? Bummer.

I won’t even consider an app like InstaCast because it can’t sync with iTunes. I play my podcasts across multiple devices (iPad, iPod Nano, PC with iTunes, and eventually an iPhone or iPod Touch) and I want them all to synchronize.

This podcast-syncing is actually a major reason I may leave Android to switch to an iPhone this fall or next year.